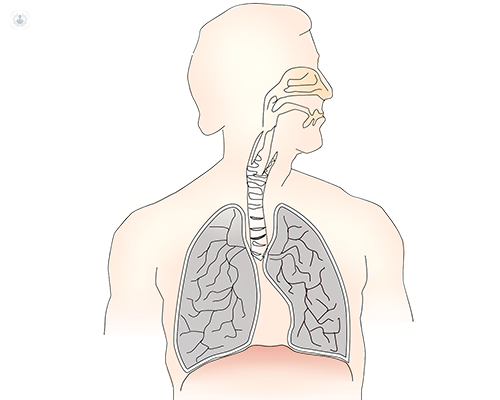 What is chronic obstructive pulmonary disease?

Chronic obstructive pulmonary disease (COPD) is an umbrella term for a group of conditions that prevent the lungs from working properly and as a result, create breathing difficulties.

The two most common forms of COPD are emphysema and chronic bronchitis. There is some debate on if asthma is considered a chronic obstructive pulmonary disease or if it is a separate respiratory condition.

Damage to the lungs from COPD is permanent and the condition cannot be cured. However, treatment can help to keep the condition under control. In some people, breathing problems become progressively worse despite treatment and their quality of life is impaired.

The main symptoms of COPD are:

If you have the symptoms of COPD and are referred to have further tests, you may have a spirometry test to evaluate how well your lungs work. You may also have blood tests or a chest x-ray  performed to exclude the possibility of other conditions. If more tests are needed to confirm a diagnosis, you may undergo a CT (CAT) scan, a blood oxygen test or perhaps an electrocardiogram (ECG) or echocardiogram to evaluate the heart.

The leading cause of lung disease is related to exposure to irritants that injure the lungs and airways. The most common is tobacco smoke – both when inhaled as an active smoker and inhaled as passive smoker. Polluted air, chemical fumes, or dust from the environment are also irritants. In some cases, COPD is caused by a genetic tendency to develop the condition.

Can it be prevented?

The most effective way to try and prevent COPD is to never smoke or to quit smoking if you have already started before lung disease can occur. If you already suffer from lung disease, you should stop smoking to prevent complications and slow the progression of the disease. You should also avoid exposure to the previously mentioned irritants in the environment

The basic goals of treating COPD are:

In addition, the doctor will recommend bronchodilators (a medication used to treat asthma and COPD which increases airflow) and potentially a combination of bronchodilators with inhalable glucocorticosteroids (steroids). There will also be cases in which pulmonary rehabilitation, oxygen therapy and lung volume reduction surgery are recommended. In the most severe cases, a lung transplant can be required.

Specialists in pulmonology and respiratory medicine diagnose and treat COPD.